Siri was standard on all iPhones and we became dependent upon her for instructions, dictations and other simple and not so simple tasks associated with our everyday lives. 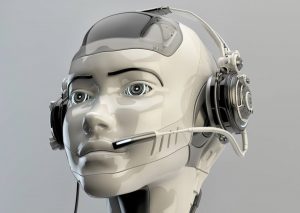 For decades we have watched the evolution of robots. Computers are doubling their speed, processing power, and intelligence every 20 to 24 months; a phenomenon known as Moore’s law. We see how they have improved processes, precision and outcomes in a number of manufacturing entities. Their ability to instantly download data from various sources, analyze and prioritize countless streams of information; provides businesses with a strong competitive edge.

Robots are everywhere from boardrooms to hospital rooms to our dining rooms at home. In this presentation we take a look at how Artificial Intelligence or AI is being used across the globe to increase productivity and problem solve.

85% of the manufacturing jobs In the United States since 1980 have been eliminated due to technological innovations that made human workers obsolete.  U.S. production has continued to grow from 2006 to 2013 manufacturing grew by 17.6%, according to a report from Ball State University.

As artificial intelligent programs increase, automation won’t be confined to the manufacturing. Jobs that require a significant amount of predictable work, such as data processing, will accede to automated software and artificial intelligence. At this moment in time approximately 47% of worker functions can be automated or performed by artificial-intelligence according to several recent studies. We are witnessing rapid development of autonomous self-driving vehicles. This means that jobs such as truck drivers, cabbies, meat packers, and farm laborers who grade and sort will be eliminated or at least greatly reduced.. 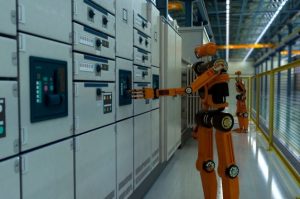 The complexities of our modern systems are more adept, sophisticated and exponentially more intricate than ever before. The systems that serve us from our airways, to the internet, from consumerism to recycling, are systems that are rapidly evolving to support a burgeoning world population with a diversity of needs.

How will technology be used to meet the global demands that cross a broad band of disciplines? How are smart organizations adapting? In her talk “The Robot at the Table” Bernadette explains how technology is driving stellar change, impacting economies and affecting workers. She will provide you with fascinating case studies, examples, and stories delivered with a dash of humor.  She will reveal several strategies for navigating the crossroads successfully.